Every year, people gather to eat, drink and be merry on New Year’s Eve, then give in to guilt the next day by concocting New Year’s resolutions.

I have been guilty of setting similar guidelines in the past, but I find they invariably get brushed aside, often before the end of January.

The problem is it’s usually an attempt to become a regular participant in something we hate or a prohibition on something we love. I can’t say I’m going to run two miles every morning, I don’t believe I’ll make it to the gym three times a week and I heavily doubt I’ll pass Jim’s Steakout every day for a year and not go inside for some overpriced but delicious eats.

But since I moved to the Buffalo Niagara area, I have slacked in another department that doesn’t have to do with a bulging waistline, and that I can reliably say I’m up to change.

You see, being from Georgia, there are some things I heard about and sought out immediately upon arriving. Snow was one of those things, but I think I’ve had enough snow for a lifetime. Niagara Falls was another, and it was nice if not quite as magical as all the hype.

And yet I sit in a room at least half full of native sons and daughters who often marvel at how little I have done in their fair city. I must admit, I have put visits to many of the area’s finest jewels off for too long. No more.

Here I offer my list of fun New Year’s resolutions, in the hopes that making them public will force me to complete them.

Take a trip wholesale baseball jerseys to a theme park. With Darien Lake a brief ride away, it seems like a no brainer that I would have gone during my first summer. Or my second summer. But no, since I’m not big on roller coasters, heat or crowds, I have avoided this trip like the plague. I don’t think those excuses will suffice for my girlfriend Katie this year. And I doubt I’ll get off with a short trip to Martin’s Fantasy Island, either. Sunscreen and screams, here I come.

Take in a Bills and/or Sabres game. I’m an Atlanta Braves jerseys fan, so I know a little something about my team making it to the playoffs, only to have my hopes dashed again and again. But at least we got to win one. Nowhere is the fan base more resolved to tough out impossibly bad sports seasons than in Buffalo, and I think that deserves some respect. And since Katie is a Toronto Maple Leafs fan, it will be much cheaper to see them south of the border when they come to visit the Sabres. Double win.

Go to Shakespeare in the Park. Erie County’s budget battle may still rage, but Shakespeare in the Park got its money, so I hope to see a show this year. While I’m partial to bloodier tales like “Macbeth” and “Hamlet,” I’m not too picky about my theater. Especially when it’s free and outdoors in good weather.

Visit the Buffalo Zoo. I’m not really a zoo guy. I feel like going to the zoo is like going to a prison where the inmates were selected at random off the street. That could just as easily be me over there in the monkey house. But since Katie likes the zoo, and since I haven’t been to one since I was in middle school, I might as well give the local show a whirl.

Visit the museums. I’ve lived a couple of places with a lot of cool museums and have visited even more. I really hope the National D Day Museum in New Orleans survived the hurricanes, because it’s truly a sight to behold. But Buffalo has its own gems, like the Albright Knox, the Museum of Science and the Pierce Arrow Museum, to name a few. Those will leave me plenty to do when the weather chases recreation indoors. 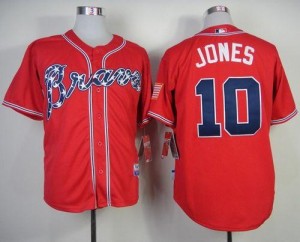