Sometimes I think I was born too late.

I would’ve felt more at home in the 1950s. Not because I value conformity, bobbysocks or Burma Shave, or because I wish I’d left Earth before the advent of the Kardashians. It’s because my tastes are decidedly old school. And the older I get, the more I feel like a Studebaker guy in a Prius world.

For starters, I write for a newspaper. Unless you’re carving stone tablets or sending smoke signals, that’s as “old media” as it gets. Whenever I describe for a millennial what I do for a living, I sound like an announcer from the golden age of radio. “Ya see, Toots, what I do is use pen and paper to write down things that happen. They print what I write on a a big sheet of paper and deliver it to people 12 hours later. How’s THAT for tripping the light fantastic?!?” Before I finish the first sentence, they lose interest and begin taking Snapchat selfies.

My favorite sport? Baseball, naturally. Today’s kids don’t have the patience it takes to savor the national pastime, but I happen to appreciate that the game’s pace lends itself to conversation. There’s plenty of time to debate whether it’s the Chicago Cubs jerseys or St. Louis Cardinals jerseys I’d rather see dropped from high altitude into a cactus patch. Plus, the game’s constants allow all the great players from the past century to be compared against one another, except for the 1990s, when the sluggers were full of more drugs than a Walgreens. But baseball’s deepest appeal is the connection it creates between fathers and sons. It’s a game I learned from my Dad. If only I’d paid the same level of attention when he tried to teach me home maintenance and auto repair.

My favorite music? Crooner tunes by Frank Sinatra. If ever you want to lift my spirits, cue up a Frank tune with a snappy beat and a full orchestra. Ring mlb jerseys from china a ding ding, Doll. I dislike almost everything I hear on pop radio these days. And when I do hear something I like, I find out it’s a Justin Bieber song. So I can’t admit to liking it. I’d sooner be caught watching “Keeping Up with the Kardashians.”

I know, I know, talking about how everything was better back in the old days makes me sound like Wilford Brimley. The next thing you know, I’ll be pitching term life insurance on daytime television. But let’s face it, the reason crooner music, baseball and newspapers have survived is that they have timeless appeal.

Baseball may not be as popular among American youths as soccer or fidget spinners, but attendance at big league games never has been stronger. What’s not to like? It’s the only sport where you get to berate the umpire who kicked you out of the game. It’s like getting sent to your room and going toe to toe with your mother, showering her with spittle and infield dirt.

Sinatra’s smooth, intoxicating style remains celebrated long after what would’ve been his 100th birthday. And while the Rat Pack had its peccadilloes, no one in the group ever pulled a Bieber and had his monkey confiscated at the airport.

You still can read about such events in the newspaper which, unlike your laptop and your pet monkey, won’t get confiscated at the airport.

Don’t get me wrong, I’m a big fan of many recent advancements. YouTube is a godsend for guys who didn’t heed their fathers’ lessons and need video tutorials to accomplish home maintenance and vehicle repair.

But if you put me on a time machine bound for the ’50s, I’d feel right at home. Sinatra on the radio, the Milwaukee Braves jerseys contenting for the National League pennant, two local newspapers on the racks in every town, and not a Kardashian in sight. 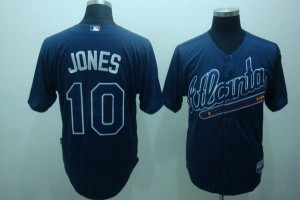