Jamal Adams, S, LSU: The pack leader squashed concerns about his speed with a solid performance in the 40 yard dash (4.56 seconds). In addition, Adams showed scouts he is far more athletic and explosive in drills than many anticipated. From his outstanding footwork and transitions in flip and turn drills to his fantastic burst in W drills, Adams looks like more than a “box safety” on the turf. With the LSU star also killing it in meetings as a natural leader with a high football IQ, Adams is the alpha dog every team covets at the position.

Adoree’ Jackson, CB, USC: The world class athlete lived up to the hype as one of the most dynamic players in the 2017 class after showcasing his impressive talents on the turf. Jackson posted a strong 40 yard dash time (4.42 seconds) and displayed extraordinary movement skills in positional drills. He is an easy turner with exceptional agility and change of direction quickness. Most importantly, he displays strong hands and ball skills as a natural ball hawk. With Jackson also fielding punts like an MLB center fielder shagging fly balls, the USC standout is destined for a rise up the charts following his strong combine performance.

Obi Melifonwu, S, Connecticut: The hype machine is humming in full effect after the UConn standout set the turf on fire with his scintillating combine showing. The extra large defensive back flashed exceptional explosiveness in the athletic testing portion of the workout (the 40, the vertical jump and the broad jump), while also displaying better than anticipated footwork and movement skills. Although evaluators will consult the tape again before moving Melifonwu up the charts, the ultra athletic corner is destined to enjoy a meteoric rise following his outstanding workout.

Fabian Moreau, CB, UCLA: The Bruins’ standout corner has been underrated throughout the process, but scouts are beginning to appreciate his potential after watching him follow up a solid East West performance with a strong combine effort. Moreau clocked a pair of 4.3 second runs in the 40 yard dash and flashed polished footwork in drills. He continues to impress scouts with his overall game. It is only a matter of time before he becomes a household name as one of the top cover cornerback prospects.

Teez Tabor, CB, Florida: The Gators’ CB1 arrived in Indy amid questions regarding his speed, quickness and technique, and he did little to alleviate those concerns. Tabor not only clocked a pedestrian 40 yard dash time (4.62 seconds), but he didn’t look smooth or fluid in drills. From his ragged turns and transitions to his lackluster burst in the W drill, Tabor certainly didn’t impress scouts with his movement skills. In a draft loaded with talent on the perimeter, Tabor’s subpar workout could lead to a drop down the charts.

Rasul Douglas, CB, West Virginia: After creating a bit of a buzz with his solid performance at the Senior Bowl, Douglas will have to make amends for a disappointing showing in Indy at his pro day. The long, rangy corner barely cracked the cheap authentic nfl jerseys 4.6 second mark in the 40 yard dash (4.59) and labored a bit in the positional drills. As a “big” corner with limited speed and movement skills, Douglas could see his stock plummet on draft day. 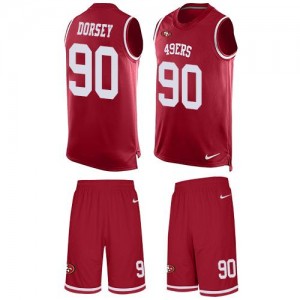