Born August 3,1931 in Nashua, NH, Connie was the daughter of the late Francis and Josephine Paton, both from Nashua. She grew up in the Nashua, Litchfield, Hudson area. At a young age, she attended Sacred Heart School in Nashua. She graduated from Nashua High School in 1948.

She was a longtime resident of Hudson, where she shared her life with her late husband, David A. Reitan, whom she met at Fort Devens. They were married on February 6, 1953 and shared 54 years together. They lived and worked on the Paton Farm on Dracut Road for many years. She raised four wonderful children and enjoyed life to its fullest. McElwain shoe company, then became a stay at home mother but continued to work the farm stand. Later, she re entered the work force in the mlb jerseys from china shoe industry at Scottie Shoe Company in Hudson and later the Lowell Shoe Company in Hudson, where she retired from in 1996.

This incredible lady had a great love of life and family and friends. She enjoyed people and spending time with them, telling wonderful stories and tales from her life. She was extremely proud of her Irish heritage and told many stories related to her from her Irish grandparents. She was blessed with the gift of storytelling, and everyone who knew her loved her. She was known as to many other children who entered her life, and she accepted that role with an open heart to all.

After retirement, she spent time traveling to many places around the country and the world. She especially loved the Maine beach vacations that she took yearly with all her family members. She loved to sing and dance in her early years and later loved to garden, cook, knit, crochet, read, dine out and play video games. Her greatest hobbies were watching the Boston Red Sox jerseys as well as other New England sports teams. She took great pleasure in watching and feeding the birds and squirrels that visited her yard.

Connie was a member of the Hudson Seniors, where she had many friends and enjoyed taking trips and attending the social gatherings with them. This wonderful lady had a very generous, loving heart and a great sense of humor that made people want to be a part of her life. She was a very loving, caring mother, and her greatest treasures in life were her children and grandchildren. This woman with the greatest heart of all left us on the day most remembered for love, Valentine Day. She will be dearly missed but is now reunited with her beloved husband and son.

Survivors include her 3 daughters and sons in law, Donna and Ronald Gagnon of Hudson, Kathryn and Robert Gagnon of Litchfield and Debra and Craig Larouche of Hudson; a daughter in law, Michelle Reitan of Taichung, Taiwan; five grandchildren, Joseph Gagnon and Mandy Larouche of Hudson, Heather, Tyrel, and Curtis Gagnon of Litchfield; a sister, Kathrine Gagne of Nashua; a brother and sister in law, James and Beth Paton of Tennessee; an aunt, Helen Beaudin of Nashua; a sister in law, Joyce Knutson and brother in law John Reitan of Minnesota, and brother in law Glen Spletter, of Arizona; as well as several nieces, nephews and cousins.

Connie was predeceased by her husband, David A. Reitan, her beloved son David Allen Reitan and her brother, Francis Paton.

Visiting hours will be held Thursday, February 20th from 4 7pm in the Dumont Sullivan Funeral Home, 50 Ferry St., Hudson. A Funeral Mass will be celebrated the following morning at St. Kathryn Church, 4 Dracut Rd., Hudson beginning at 10am. Burial will take place following the service in St. Patrick Cemetery, Hudson. The Dumont Sullivan Funeral Home in Hudson is in charge of arrangements. 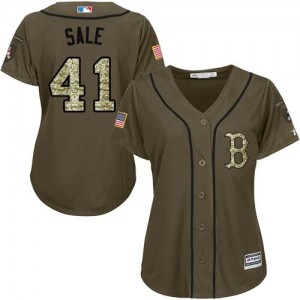