For that, Michalak considers himself fortunate.

“I probably would consider myself very lucky because not many people had anything to get him out,” said Michalak, pitching coach of the Harrisburg Senators. “I’m pretty sure that I didn’t have much to get him out, either.

“He’s one of the guys when you see him on the other side and you see him on the field, you’re like, ‘OK, I’m in a special place right now. This is an elite club to be around and see him go about his business and stuff like that.’ It’s pretty special.”

Hall of Famer Gwynn died at 54 Monday of cancer that started in a salivary gland.

“Oh, man, it’s sad to hear,” Senators manager Brian Daubach said. “At the time I was growing up, he was somebody that everybody looked up to. He was the best hitter in our era.”

“He’s got nothing but good things to say about him,” Michalak said. “Just a kind man, a good teammate and just a quality individual. It’s a sad day for baseball to lose somebody like that.”

Michalak said Arizona’s staff had a simple game plan for pitching against Gwynn.

Senators hitting coach Mark Harris recalled a time when he was working for the Philadelphia Phillies jerseys and his friend, Rob Picciolo, a coach with the Padres jerseys, beckoned him to San Diego’s dugout to show him something.

It was Gwynn’s batting practice bat.

“People I knew in baseball that coached him would tell me amazing stories about him, about his work ethic and his ideas and that type of thing.”

Harris said he considered himself a “huge” Gwynn fan.

“If you ever hear Tony Gwynn talk about hitting and you watch him hit, very, very simple swing,” Harris said. “Early to get set, minimum movement, let the ball get to where it’s supposed to.”

Gwynn was a pioneer in the use of video swing analysis.

“I think in his case it was just a reassurance more than anything,” Harris said. “I would have liked to been able to ask him how often he looked at it, because I think the only time he ever looked at it was when he didn’t feel comfortable, which is the way I prefer.

“He killed the Giants jerseys from day one,” Byrom said. “So watching him play in the beginning was, ‘Oh, my gosh, I can’t stand this guy.’ Then it was after a while, probably later in the 80s into the 90s, you realize this guy’s great. Going to watch games in person and watching Tony Gwynn play, you just knew you were watching a guy that was going into the Hall of Fame and probably going to be one of the greatest hitters of all time.

“It’s sad what’s happened. But I also hope something good comes out of it since he was very outspoken about the chewing tobacco towards the end of his life.” 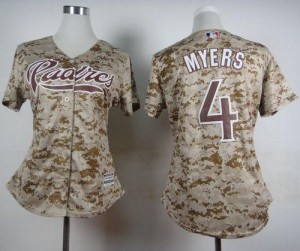