CARDINAL CORNER . . . Open Tennis Championships and will begin play Friday with her partner, Cristina Moros of Texas. Open after winning the doubles title at the ITA National Summer Championships, which concluded Sunday in Bloomington, Ind. Scott and Moros defeated the Stanford duo of Teryn Ashley and Jen Heiser, 4 6, 6 3, 7 5. In the singles final, the No. 2 seeded Moros squeezed by the top seeded Scott, 7 6 (7 1), 7 5. In the semifinals, Scott eliminated Michelle Faucher of Texas, 6 4, 6 7 (5 7), 6 1, while Moros eliminated the No. 5 seeded Ashley, 2 6, 7 6 (7 5), 6 3. Ashley earlier had pulled the upset of the tourney by ousting defending National Amateur champion Melissa Zimpfer of Wisconsin, 1 6, 6 3, 6 0 . . . Stanford senior Jason Perscheid, a member of the men’s NCAA championship cross country team, captured overall honors at the fifth annual Garden Court Hotel Breakfast Run, clocking 24:41 over a five mile course in downtown Palo Alto on Sunday morning . . . Stanford graduate Shaun Pickering and Cardinal assistant track coach Robert Weir both came up with second place performances during the Crystal Palace track and field meet in London, England, over the weekend. Pickering was second in the shot put with a lifetime best of 67 1 1/4, while Weir took second in the discus with a season best throw of 210 8 . . . Cardinal grad Molly Goodenbour has been acquired by the Portland Power of the American Basketball League from the New England Blizzard. The 5 6 guard was swapped for a 1998 draft pick. Goodenbour is expected to fill the void left by Erin Scholz, who has decided to complete her undergraduate degree at the University of Colorado. The ABL is expected to sign Goodenbour in time for the Power’s training camp, which begins Sept. 2. New England had obtained the rights to Goodenbour on July 17 after the Richmond Rage (now Philadelphia) released her on May 22. Goodenbour had expressed an interest in returning the West Coast to be near husband Pat Fuscaldo, an assistant basketball coach at Sonoma State. Goodenbour averaged 7.3 points and 2.0 rebounds in 20.2 minutes per game last season with the Rage. She graduated from Stanford in 1993 after helping lead the Cardinal to a pair of NCAA titles . . . Cardinal grad Jack McDowell, the 1993 Cy Young Award winner, said last Friday that nerve damage in his right shoulder has ended his season with the Chicago White Sox jerseys. McDowell also has a bone bruise that developed following minor surgery on his pitching elbow in May.

PLAYERS WANTED . . . Soccer players ages 10 through 18 are wanted for the 16th annual Friendship Soccerfest, scheduled for Aug. 30 Sept. 1 at Greer Park. Teams are mixed, and will include players from all over the Bay Area. Players will be assigned randomly to teams. Cost is $30 for ASYO players. Non ASYO players also must pay an $8 fee to cover insurance costs. Applications can be faxed to Steve Kuhner and 866 4216.

SENIOR TENNIS . . . The annual Foothills Senior Tennis Classic is under way at the Foothills Tennis and cheap baseball jerseys Swim Club in Palo Alto. The tourney, which attracts many of the top senior age group players in Northern California, runs through Sunday. The Peninsula Tennis Club, meanwhile, is taking entries for the California Senior Tennis Championships, which will run from Aug. 25 Sept. 1 at the Peninsula Tennis Club in Burlingame. The event is open to players ages 45 85. For more information, contact Steve Brooks or Charlie Nichols at (650) 347 1439. 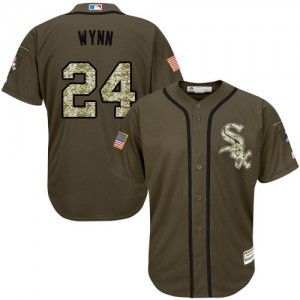